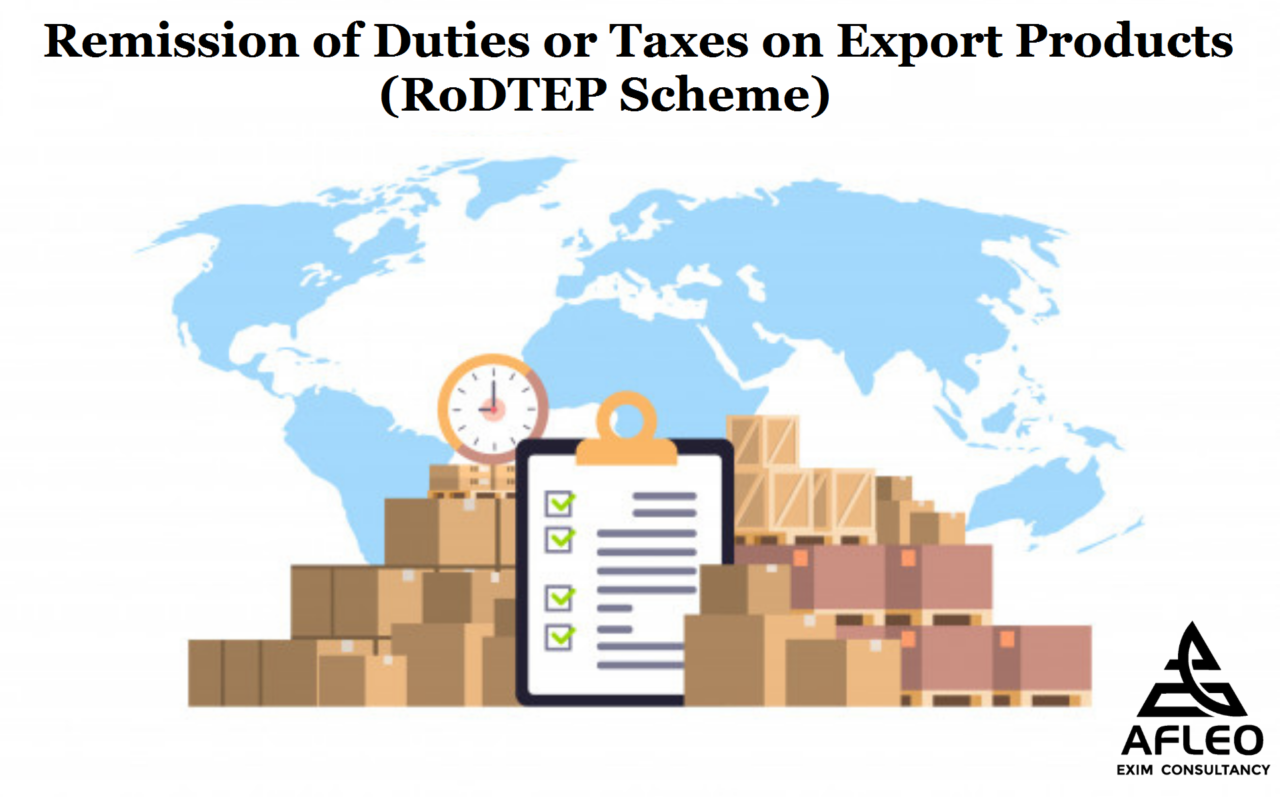 Which existing scheme has been replaced?

On 13th March 2020 Union Cabinet of India approved the Remission of Duties or taxes on the export products (RoDTEP), A scheme for exporters to reimburse taxes and duties paid by them which are not refunded in any other existing scheme.

The commerce and industry minister Mr. Piyush Goyal said it is important to our exports to get level playing field at the International level. Finance Minister has announced the RoDTEP Scheme in 2019 to incentivize exporters Rs 50,000 crore and the benefits rates will be decided after industry consultations and it would take a few months to replace existing schemes in a phased manner.

Why Government has replaced MEIS scheme with RoDTEP scheme:-

As per World trade organization, MEIS scheme is not as per the WTO guidelines, according to WTO norms in any country if Per capita income is below 1000 US $ then only that country’s Government can give benefits like MEIS scheme to promote and boost exports, and In India Per capita Income is more than 1000 US $.

Definition of Per capita Income

How Government will decide the new benefit rates under RoDTEP:-

The concerned Export Promotion Councils (EPCs) will request and seek

Data/Information in a format from Industry, firms and Exporters, and they will give the data related to un-rebated taxes/duties/levies to the EPCs and EPCs will interact with SRCs. There are 3 formats – R1, R2,R3 which needs to be filled for each export product by a manufacturing/Exporting unit.

Government provides service exporters incentive under the SEIS Scheme which offer benefits of 5% to 7% on net foreign exchange earned on the notified services.

Firms/Exporters/Industry has asked the Government to allow flexible fixation of RODTEP rates, for fixing the rates requested to classify the items at 4 digit HS level instead of 8 digit HS level as if they use 8 digit rates the more detailed data required to be prepared by the exporters.

The Aluminium Industry group has urged the Commerce and industry ministry for an initial 5% refund rate subsequently going up to 12-13%. At Present Aluminium, industry has a high burden of unrelated taxes and duties which are about 15% of production cost. The Government had asked the industry to come up with refund rates for various sectors to decide the RoDTEP benefit rates on the export.