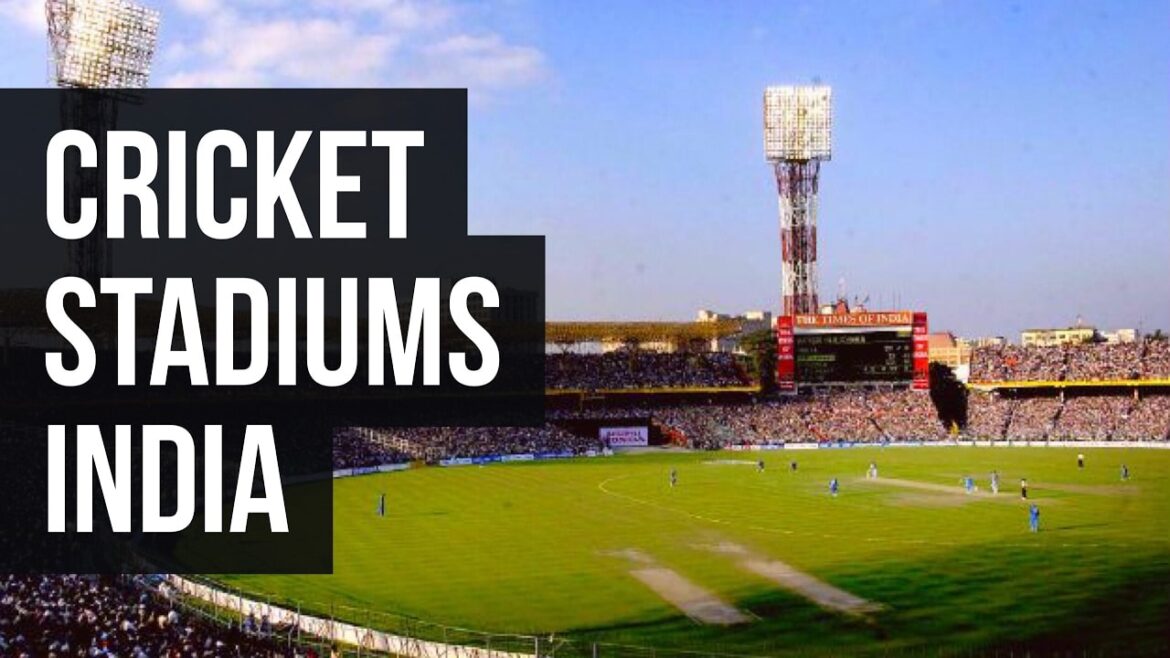 Cricket was introduced to India in the 18th century, and the country’s national cricket team played its first Test match in 1932. Since then, the sport’s popularity in India has skyrocketed, becoming a symbol of Indian culture through the success of leagues like the Indian Premier League (IPL). Still, cricket in India has changed over the years, with legends like Sachin Tendulkar and Bishan Bedi entering and exiting the game and new modern stadiums replacing traditional venues with better lighting and larger spectator capacities. Because of this, we will look at some of the best cricket grounds in India to watch live matches, comparing a range of factors that include capacity and history. We will also explore elements of cricket that have allowed it to maintain its centuries-long popularity in India and how these influence other parts of the game, such as media and entertainment.

Going to a cricket ground with a large capacity means you’re in for an immersive experience, but going to a place like Wankhede Stadium in Mumbai means you’re stepping back in time. Wankhede Stadium may only have a capacity of about 30,000 people, but it has witnessed some of the highest-profile matches in India’s cricket history. For example, India beat Sri Lanka in the World Cup finals in 2011 at Wankhede Stadium. It is also the place where legends were created. Most notably, Sachin Tendulkar played his last cricket match at the stadium in 2013, ending his impressive 24-year career.

Speaking of cricket grounds with large capacity, Eden Gardens in Kolkata has one of the largest in India, hosting 80,000 people. For perspective, that’s roughly 17,000 more people than the Tottenham Hotspur Stadium in London, England, one of the best stadiums in Europe. Eden Gardens has witnessed many iconic moments, hosting the World Cup final in 1987 and the T20 World Cup final in 2016. Eden Gardens is also where Sachin Tendulkar completed his 10,000th run in Test cricket, and it is the oldest stadium in India. If you’re interested in India’s cricket history, Eden Gardens is a must-visit stadium. The venue is also known for its passionate crowd.

With a capacity of 35,000 people, Chinnaswamy Stadium in Bengaluru isn’t the largest cricket stadium in India. But it is the country’s and even the world’s first-ever green stadium, using solar panels to generate electricity. Like Eden Gardens, the stadium is known for its passionate crowd, so cricket fans should check it out if they are going as much for the match as they are for the atmosphere.

History aside, why are stadiums like Wankhede, Eden Gardens, and Chinnaswamy so popular? Why don’t people watch the matches on television since it is cheaper? The short answer is the atmosphere inside and around these stadiums. The fans attending live games are spirited, and many cricket teams feed off the energy from the crowd. If the crowd supports their team, performances tend to be better than if the home team is losing and their fans are booing the players or the manager. This isn’t the case in just cricket, either. It’s widely regarded that Anfield Stadium, home to the EPL’s Liverpool FC, has the best atmosphere in Europe, so much so that people even call the Anfield crowd Liverpool’s 12th man on the pitch.

Live games build atmosphere, help support teams, and nothing is censored: television broadcast channels often remove inappropriate language or pan the camera away from distractions like pitch invaders. But that’s not real life. When it comes to sport, you want the good and the bad. That’s what makes live sport so great.

We also see this emphasis on live elements in many other areas of cricket, which helps create an immersive experience even when you cannot attend live games. For example, some clubs use the Instagram Live feature to document a team’s journey before or after a game, such as players’ arrivals at a stadium or celebrations in the locker room. Fans can also play fantasy cricket, which lets them pick players to put in their team ahead of live matches. Little things like this make fans feel like they’re part of the team. Likewise, cricket is a popular sport to bet money on, and since the introduction of features like live odds and live streaming, cricket betting in India has become even more commercial. Live IPL betting is another way to experience the rush of live sport since, according to this Betway review, players get in-play stats like ball-by-ball commentary. This type of tool allows players to check the state of play instantly and in real time, as if they were watching a live game in the stadium. Through live odds, bettors experience a similar atmosphere to live cricket matches since they participate in real-time action, swapping chants for wagers.

Sports like cricket are accessible from our fingertips. We can watch match highlights on Instagram or YouTube. We can like and comment on player posts after games. But none of this modern technology competes with watching live matches in cricket stadiums that offer history and electrifying atmospheres like Eden Garden. Interestingly, that’s one of the main reasons that sports bettors now prefer live cricket betting and wagering with live odds because it reflects a similar atmosphere to live matches.