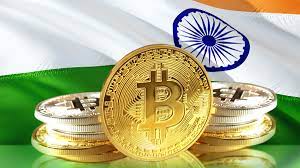 Indian investors are rushing to cryptocurrencies in unprecedented numbers, and the trend may be hazardous. Till May of this year, Indians owned approximately $6.6 billion in cryptocurrencies, compared to roughly $923 million until April 2020. According to blockchain research firm Chainalysis, the country ranks 11 out of 154 countries in terms of cryptocurrency usage.

Many others feel that this is just the beginning and that many more Indians will rush to digital currency in the near future. India has a population of 1.39 billion people, the majority of whom are young and considered to be more tech-savvy and open to cryptocurrency savings. While this rise has given Indian cryptocurrency exchanges cause to rejoice and has attracted financing from international investors the surge is taking place in the absence of any rigorous regulation from the central bank or the government. Because of the Indian government’s previous connection with cryptocurrencies, this is particularly troublesome.

India’s central bank banned banks from participating in digital currency transactions nearly immediately in April 2018. The highest court overturned the judgment in March of last year, resulting in a surge in sales for virtual currencies. The Reserve Bank of India (RBI) issued a statement on May 31 recommending banks not to reject services to cryptocurrency exchanges or investors based on its 2018 circular. Since then, though, the authorities have remained deafeningly silent..

For the time being, Bitcoin exchanges and investors appear to have taken the RBI’s new circular as a green light. This might be an oversimplification, and the magnitude of the risks, given the size of the investments, could be disastrous. Virtual coins have already started to be implemented in many different industries or services, especially online Crypto gambling in India is making the situation even tougher, as it is considered to be risky. The RBI’s regulation action may signal a shift away from a blanket prohibition, but the virtual currency still lacks adequate standards. As a result, any future policy adjustments must be approached with prudence. Apart from the government’s attitude, the lack of laws exposes Indian investors to further dangers. “The largest regulatory danger is that bad actors will enter the ecosystem. “While exchanges follow a legal code of conduct, it cannot stop others from breaking it.”

In India’s crypto world, there have been several issues with payment methods, taxation, and legal status, all of which might be handled if the government and the RBI established their long-term views on the business. The worldwide cryptocurrency ecosystem is quickly expanding, with a slew of new initiatives and ideas in the works. Investors, entrepreneurs, and businesses that employ a significant number of people fall under this category. Regulatory certainty in the crypto space would undoubtedly aid the growth of the Indian crypto ecosystem.

If rules regulating virtual currencies are established, cryptocurrencies will be permitted to “be a part of the economy as an investment market alongside the official currency.”

Even as the Indian government considers the Cryptocurrency and Regulation, which may prohibit all personal cryptocurrencies in India and establish a legal framework for an authorized digital currency, investor interest has not waned.

Finance Minister Nirmala Sitharaman allegedly stated last week that the government has created a policy document on cryptocurrencies, which includes a door for fintech businesses to conduct pilot projects and experimentation. They’ve listened to what stakeholders have to say. The ministerial note has been prepared. Sitharaman said in an interview that they need to see when the government can pick it up and analyze it so they can move it.

Some speculate that the delay is related to the RBI’s announcement that it is “very much in-game” and working on its own decentralized digital currency, similar to the Chinese digital yuan. “They have remained suspicious about crypto markets due to the fact that it is a new technology. The financial realm is covered by all authorities, while the technology domain is not. Suddenly, there is something fresh in front of them that is both lucrative and deeply anchored in the digital world. They will also find it difficult to control this market.