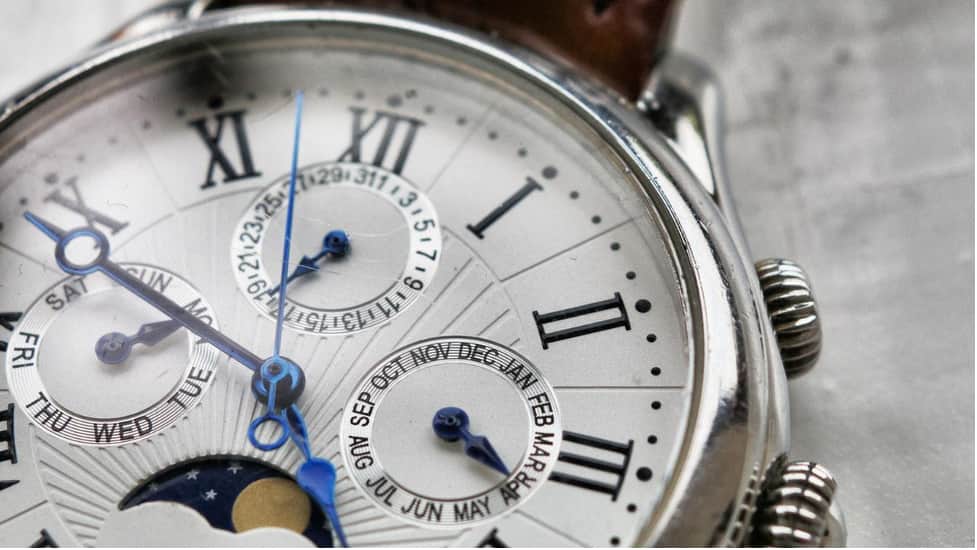 Hamilton is one of the few labels that offer a diverse range of timepieces. Each collection still brings something new to the world of watchmaking. Hamilton watches are sure to have it all, whether it’s an eccentric look or unrivaled precision. From this article, I will show you the three finest collections of Hamilton Watches.

The Hamilton Khaki Aviation series is firmly rooted in Hamilton’s history. The watch company started establishing intimate relationships with partners in the aviation industry in the early 1900s. What began as a simple provider of timepieces for the airmail service grew into a multinational company known for its pilot watches.

This demonstrates that one of Hamilton’s strengths is making precise and reliable timepieces that meet industry expectations. When they learned that the sky was the height, the brand brought it to a whole new dimension. In this infallible sequence, Hamilton made sure to keep up with the pace of technical innovation in the aviation industry.

There aren’t many companies that sell a diverse range of timepieces aimed at those in the aviation industry, but Hamilton rose to the occasion and developed its line of pilot watches.

The Khaki Aviation line is yet another successful effort to transition to more new parts while remaining true to its heritage from previous decades.

The Khaki Aviation Converter Auto GMT is one of their most common models today. It is a sophisticated, multifunctional, and durable item that looks and functions well both in the air and on the ground. You will rely on this series to provide a wide range of finely made watches without sacrificing accuracy or precision.

The Hamilton Khaki Navy series consists mainly of dive watches. It was established to create the most dependable underwater timepieces for all aquatic explorers out there. This range is about more than just adopting a nautical look or possessing triple-digit water resistance, as Hamilton is well aware.

The Khaki Navy is terrific because the company has struck the right combination between versatility and elegance. The Scuba Quartz is a famous and iconic model in the Khaki Navy collection. This piece can seem dainty and easy, but it packs a powerful punch.

This range is home to the classic standard with a water resistance of up to 1000m. Finally, the Khaki Navy range is sure to be the perfect source of sporty and multifunctional timepieces for all of your ocean adventures. With a 100m water resistance and gender-neutral color combinations, this Hamilton sports watch is ideal for both men and women.

The Hamilton Broadway collection revolves entirely around the modern man. This collection’s pieces can be worn in any gentleman’s outfit. It aims to strike the right balance between sophistication and street culture to create watches that can be worn for any event.

Even though it is a slim set, it contains a wide range of features, including automatic and quartz timepieces and chronograph versions. The Broadway Date Auto exemplifies the line’s versatility. With its beautiful dial style, this piece is sure to bring a little flair to one’s everyday outfit.

A Broadway watch will keep you safe on the way to work or dinner at a Michelin-starred restaurant. Overall, this range features some of the most modern Hamilton watches for men.

Reasons to buy a Hamilton Watch

One of the significant aspects about Hamilton is that each piece is a direct expression of the company’s devotion to watchmaking. This ensures that their watches are similarly well-crafted with precision. Hamilton’s popularity with pilots, military personnel, and marine explorers demonstrates that their products are nothing short of dependable.

It’s surprising how reasonably priced the parts are for a company that emphasizes the highest quality of any watch. Many of their most costly features are also priced under $5000, which is the minimum price point for other suppliers. Hamilton has been the favorite on-screen counterpart of several popular leads since the early 1900s.

At this point, the company has starred in well over a hundred films and television shows. Some movie (and timepiece) fans fantasize about owning a watch that has been used on the big screen. A company with a diverse range of similarly distinctive timepieces is a remarkable sight these days. However, Hamilton has a wide range of bits that are all useful in their way.

This does not seem to be significant to many, but a company with a long and vibrant history provides people with more information about their ideology and prestige. Hamilton has been in the business for over a century. They are a company that has been through a lot and has made significant contributions to the field of horology.

Hamilton is a one-of-a-kind watchmaker, from the heavens to the big screen. What began as a small factory in Pennsylvania grew into the well-known brand it is today. They tried to push themselves in all facets of watchmaking to create such a diverse range of styles. When it comes to achieving more considerable heights, Hamilton is unstoppable.