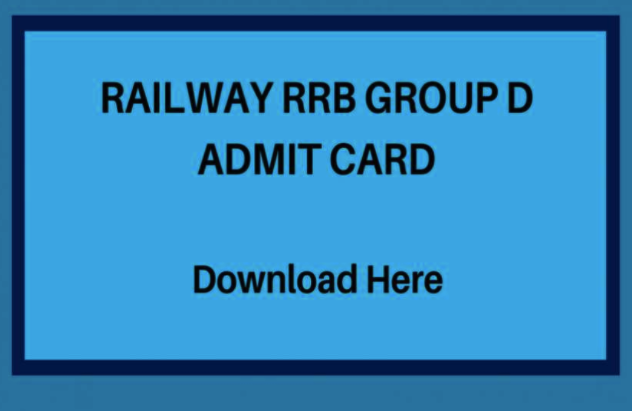 The RRB Group D Exam is conducted by the Railway Recruitment Board. The exam is conducted to recruit eligible candidates for various posts in Level 1 of 7th CPC Pay Matrix in various departments of Indian Railways.

RRB follows a set procedure with the recruitment exams, firstly it releases the notification, vacancy, eligibility and application details then after the applications process is closed, the board releases the exam admit card followed by the RRB Group D Result.

Currently, the recruitment of RRB Group D 2019 for which the notification was released in February 2019 is under the process. Candidates are awaiting the RRB Group D Admit Card for the same.

The Railway Board releases RRB Group D Admit cards a few days before the date of examination. Candidates willing to appear for the RRB Group D exam can download their admit card on RRB official website. But, there are certain points regarding admit cards of Group D exam that aspirants must know before downloading the same.

Hence the article aims to provide relevant details regarding RRB Group D Admit cards that must be known to an RRB Group D aspirant.

Aspirants of Railway Group D examination are required to follow the below mentioned steps in order to download the hall ticket for Group D exam.

To put it straight and simple, check for the details mentioned on the RRB Group D Admit Card, carry along the necessary documents, know the exact location of the centre and try to reach the venue half an hour before the scheduled time so that you don’t be panicky before the examination.